A few weeks ago, we said to stay tuned for some good news. Well here is the first round of good news, with more to come in a week or two.

The Cohos Trail Association board of directors met and authorized Ken Vallery, the president of the association, to sign an agreement offered by the Society for the Protection of New Hampshire Forests (SPNHF) to erect a new lean-to shelter and composting latrine on the north central boundary of the Society’s Kauffmann Forest just south of the southern border of the Nash Stream Forest.

The location is nearby the junction of the Old Summer Club Trail and the old Jimmy Cole Brook Road (grassy old logging lane) and within the 5,000-plus acre Kauffmann Forest property. The site solves a few problems for hikers on the long-distance Cohos Trail. The site can be reached over a long day’s hike from Mt. Cabot cabin in the Kilkenny. The distance between the cabin and the new shelter site would be something on the order of 14 to 15 miles, a good majority of that trek being in descent. .

In the opposite direction, the site is a modest day’s jaunt away from the Old Hermit Shelter on Sugarloaf Arm. So the location allows hikers to string together overnight stays under a lean-to roof from Mt. Cabot cabin all the way north to Coleman State Park, where the state maintains a shelter, as well.

The structure the association would like to build would be quite similar to that of the beautiful Old Hermit Shelter. A composting latrine would be erected close by, too, to take care of sanitation needs.

The signed agreement will reach the Forest Society offices today. It may take until this time next year to complete the shelter, but we now have the opportunity to do so, thanks to SPNHF’s considerable help.

Now, stay tuned one more time. There is more to come regarding shelters 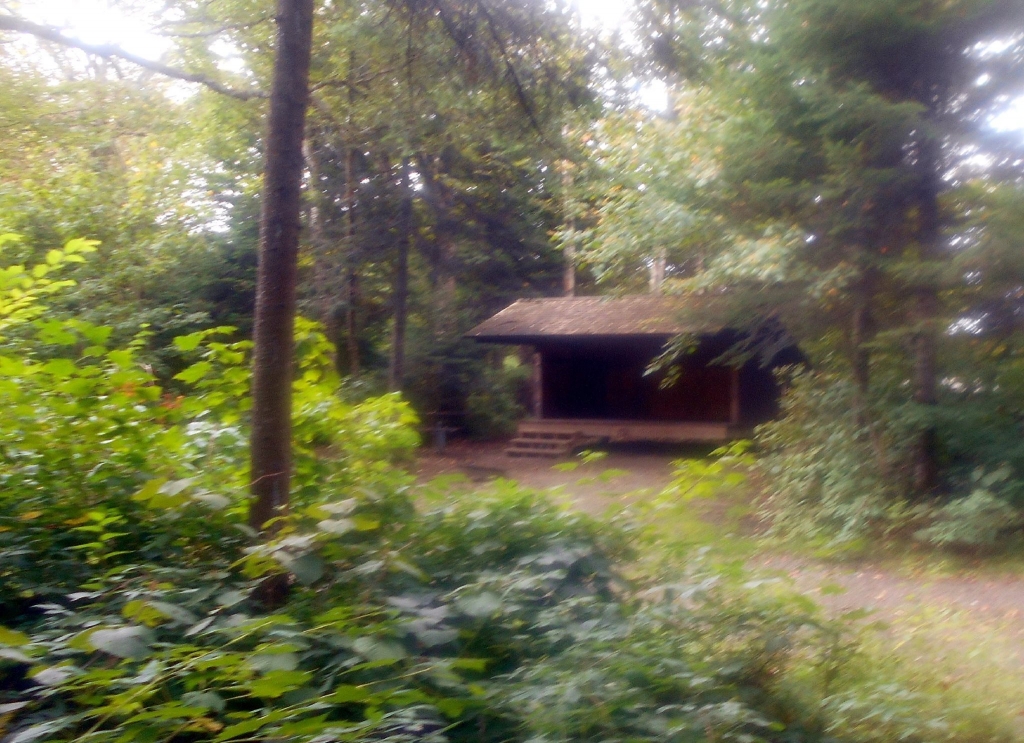