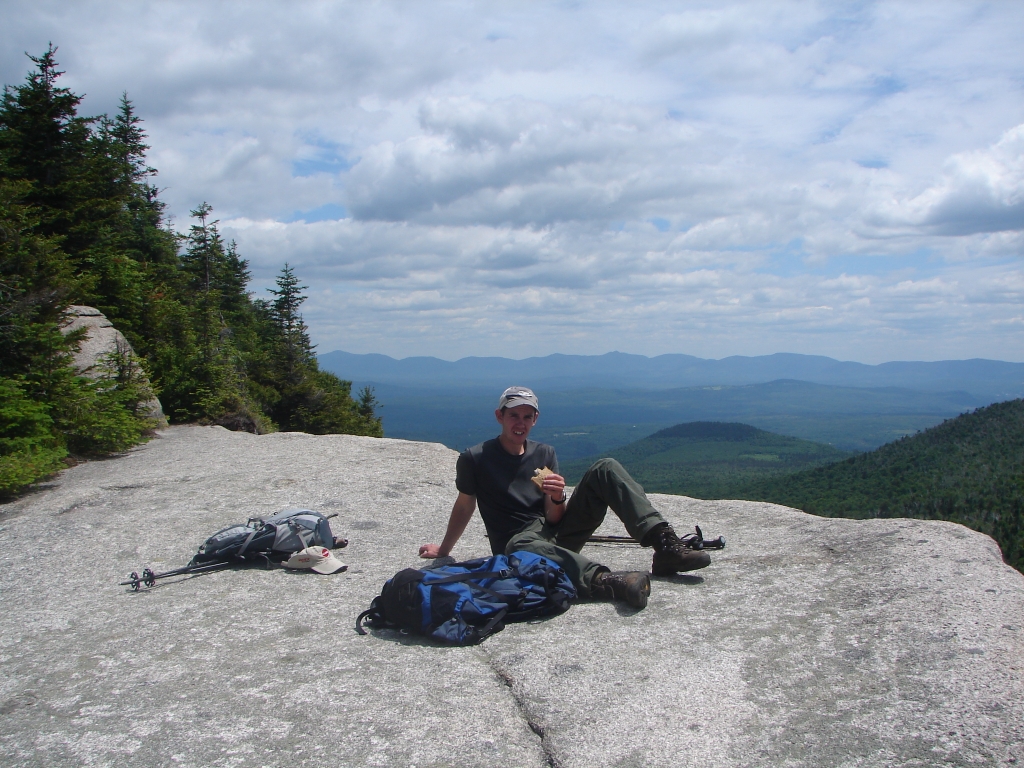 After four-and-a-half years serving as President of The Cohos Trail Association, Chad Pepau voluntarily resigned his position on the Board of Directors as an Officer on October 4, 2015 – following the 2015 Fall TCTA board meeting on October 3, 2015. In March 2011, Mr. Pepau took over the President’s position from former President, Peter Castine. At the time, Chad served as the organization’s Vice President.

Primarily, there were two reasons which caused Chad to resign as President of The Cohos Trail Association. First, in September 2014, he relocated to the seacoast region of New Hampshire due to his employment with a construction firm which needed him for a job based in Dover, NH. In April 2015, he began employment with Pan Am Southern – a division of Pan Am Railways – based primarily out of the East Deerfield, Massachusetts rail yard as a freight conductor. This new career path forced Chad to move to Keene, NH to be closer to East Deerfield. Chad noted in his resignation letter to TCTA’s board of directors “Now that I am a railroader, I have accepted the fact that it isn’t just a job; however, it is more a lifestyle. My life will now primarily revolve around the railroad.” Chad will be on-call for the first two or three years as a conductor and then hopefully, he will have more time to give to the Cohos Trail.

The second reason for his resignation is the fact that he is expecting his first child in January. Of course, having a little one will consume much of his off-time from the railroad.

In his resignation letter to the Board of Directors, Chad wrote “Given these big changes in my life, it does not afford me the time and energy that I would like to put into the association and the trail as I have been able to in the past. Though I would like to continue to serve as President of the Cohos Trail Association, it does not benefit the organization as a whole by my continuing to do so. As you all know, in any decision that I make, I have always made it my focus to have the best interest of the Cohos Trail at heart. The Cohos Trail is and will always be very near and dear to me. Since day one of the Cohos Trail’s existence, I have been a part of the organization and forever wish to remain a part of it in one capacity or another.”

Chad had this to say about The Cohos Trail Association’s Board of Directors: “We really do have a dedicated core-group of individuals on the Board of Directors and it has brought me tremendous pleasure to have had the opportunity to work alongside each and every one of you, Directors and Officers alike. Whether it involved all of us being gathered around the table discussing trail matters at length – sometimes lasting half a day, well most times, I will admit – or working together on a variety of trail projects, and sometimes even just discussing things via phone conversation, it has always reminded me that together, the Cohos Trail will thrive well into the future. Sharing a genuine interest with each of you is something I will always cherish. The relationships I have with each of you, through the Cohos Trail are ones that I appreciate.”

Chad asked TCTA’s Board of Directors if he could be seated as a Director on the Board. It was voted unanimously to allow him a seat on the Board and allow him to continue in this capacity to help guide the Cohos Trail into the future.

TCTA’s Vice President Ken Vallery will now serve as the Interim President until this vacancy can be filled.