That Volcano on the Horizon

Home/News/That Volcano on the Horizon
Previous Next

That Volcano on the Horizon

When hiking uphill along the international border swath path that is Fourth Connecticut Lake Trail to the little wet fen of the same name, turn to look north into Quebec Province periodically. Some 20 miles to the north (30 road miles) is a hulking mountain with several broad summits. The height of it is not so impressive, but the girth of it is. It is huge. That mass of creation filling the horizon is beautiful Mont Megantic, home to Canada’s largest astronomical observatory. 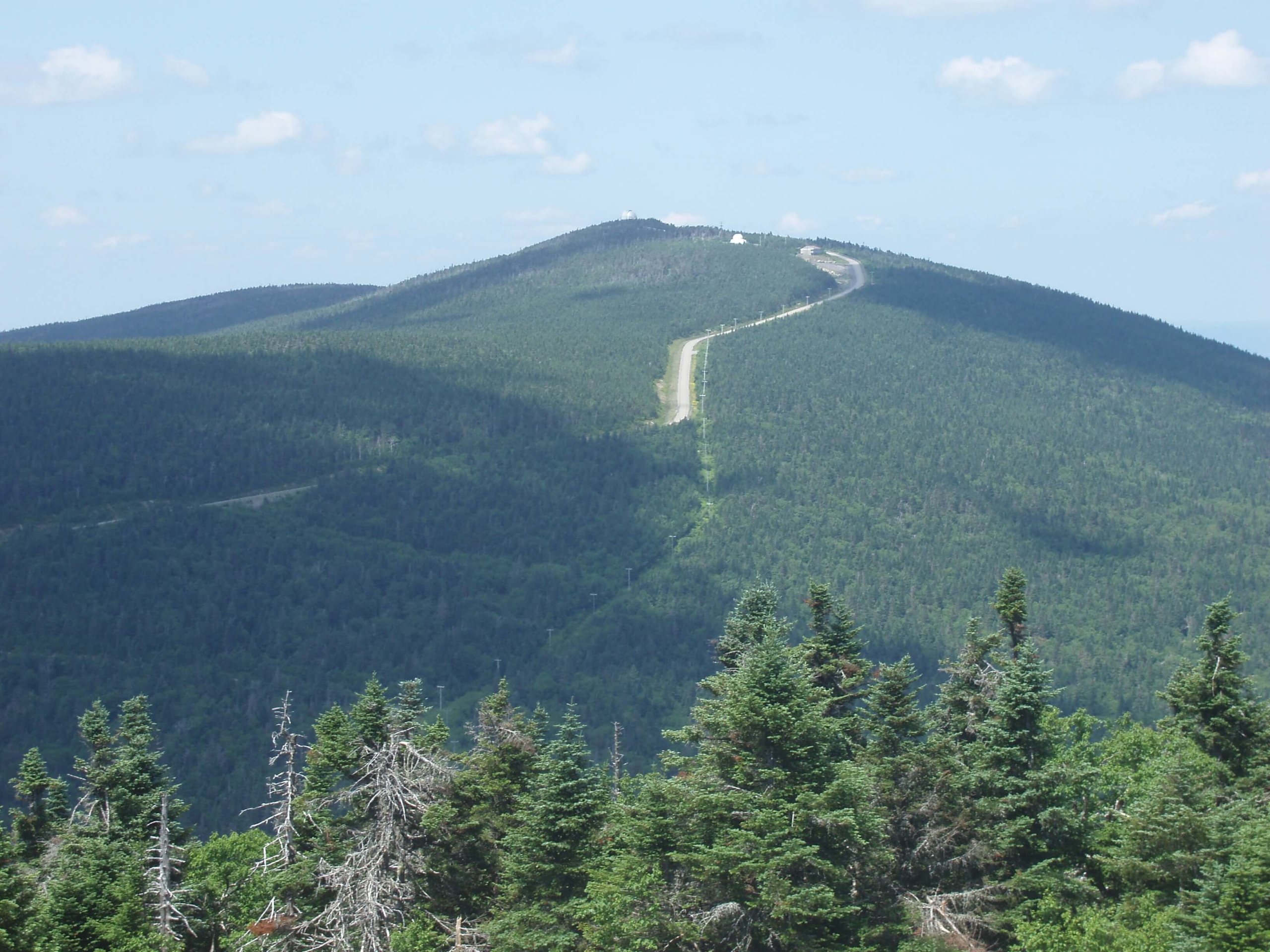 Viewing the peak from terra firma is one thing. Viewed from space, the sheer volume of the mountain becomes apparent. Seen from orbit (via Google Earth), Mont Megantic is immense and almost perfectly circular. The formation looks nothing like anything else around it. And there is a very big reason for it. For Megantic is actually the eroded root of a huge volcano that has stood and eroded away in that locale for 200 million years. It was once a Mount Rainier-sized monster. Its nearest neighbors that look anything like it are New Hampshire volcanic formations like the Ossipee Range south of the Conways and Pawtuckaway State Park not far from Concord and Manchester. All are the last remaining basement rocks of long vanished fire mountains. 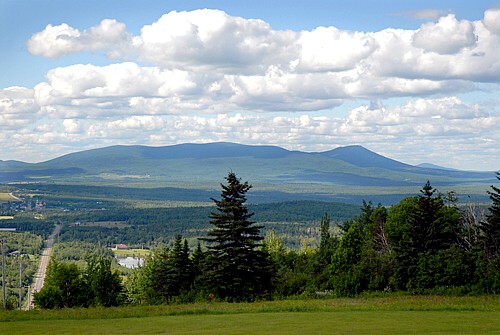 A determined trekker who has finished the Cohos Trail northbound can slip over the border to the Canadian port-of-entry station and then pick up the Sentiers Frontaliers hiking trail system on and near the border and move north and northeastward. The SF system splits at Mont D’Urban. To reach Mont Megantic, turn left, due north, and follow that trail group’s distinctive blazes and pathways all the way to the mountain in Notre Dame du Bois, Quebec. You can climb the peak by foot, of course, but you can also reach the summit by vehicle.

Once atop the volcano, you will actually be greeted with two observatories that house great telescopes, one of which is open to the public. You will also be greeted with a view to the south across a broad plain of the boundary mountains of New Hampshire, Maine and Vermont. If you started your trek at the Davis Path trailhead in southern Crawford Notch, you are now more than 200 miles from where you took that first step.