It’s not every day that a twenty-year-old latrine makes news. But our oldest outhouse on the trail, the one on Baldhead Mountain close to Baldhead Shelter, has come up in the world and is worthy of reams of front-page copy.

After many years of use and weathering at 3,000 feet of elevation, it was decided that in 2019 the Baldhead latrine would be refurbished and turned into a true, simple composting privy like all our other units in Coos County. The Baldhead creation was fabricated by one Carl Vornberger of Holderness, and it was ferried in various pieces up to Baldhead summit by Cohos Trail volunteers and a NorthWoods Stewardship Center trail crew. It was installed as a basic one-holer privy and it’s served its purpose well for a while. But time takes its toll, so the association thought it best to give the little relief station an upgrade. 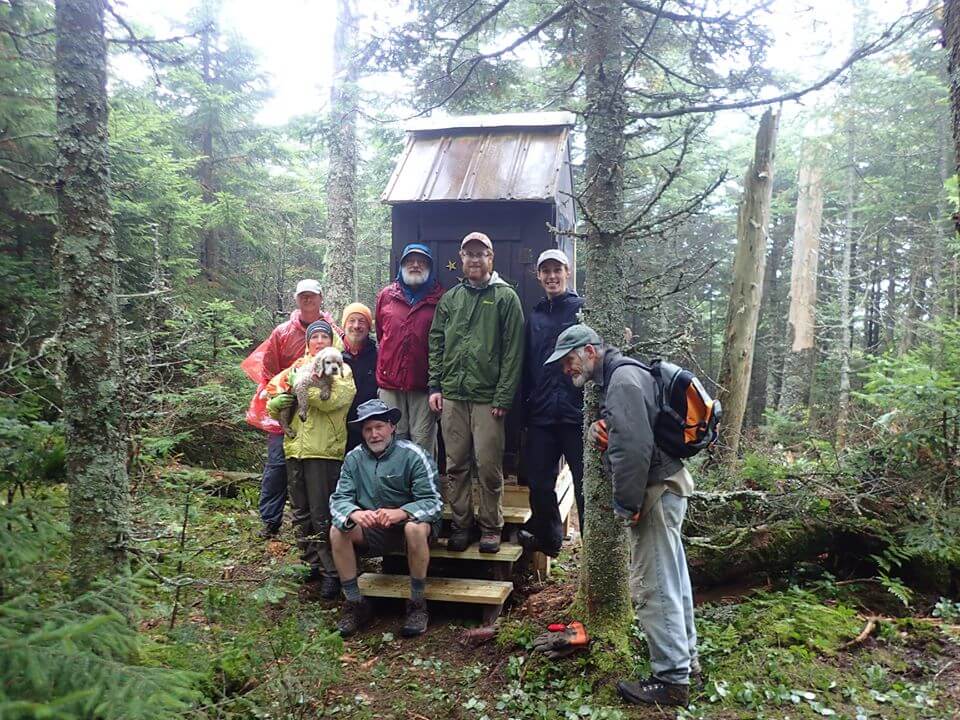 Baldhead Shelter is in some of the more remote terrain along the Cohos Trail, so it took considerable effort to get materials to the top of the peak just to get the project started. Luckily, as during our numerous work days this year, we had a fine turnout of hearty souls to help with the rejiggering of the privy. Essentially the unit had to be elevated nearly three feet, not an easy task given the terrain and the fact that the original structure is rather heavy. The unit also had to be moved to a new and level location, and the structure hauled over to the chosen spot.

Not to worry. The crew managed the lift and retrofit, and to prove that the construction work was first rate, Kris opened the door, sat on the throne and had his picture taken, smile and all. The privy stood the test. 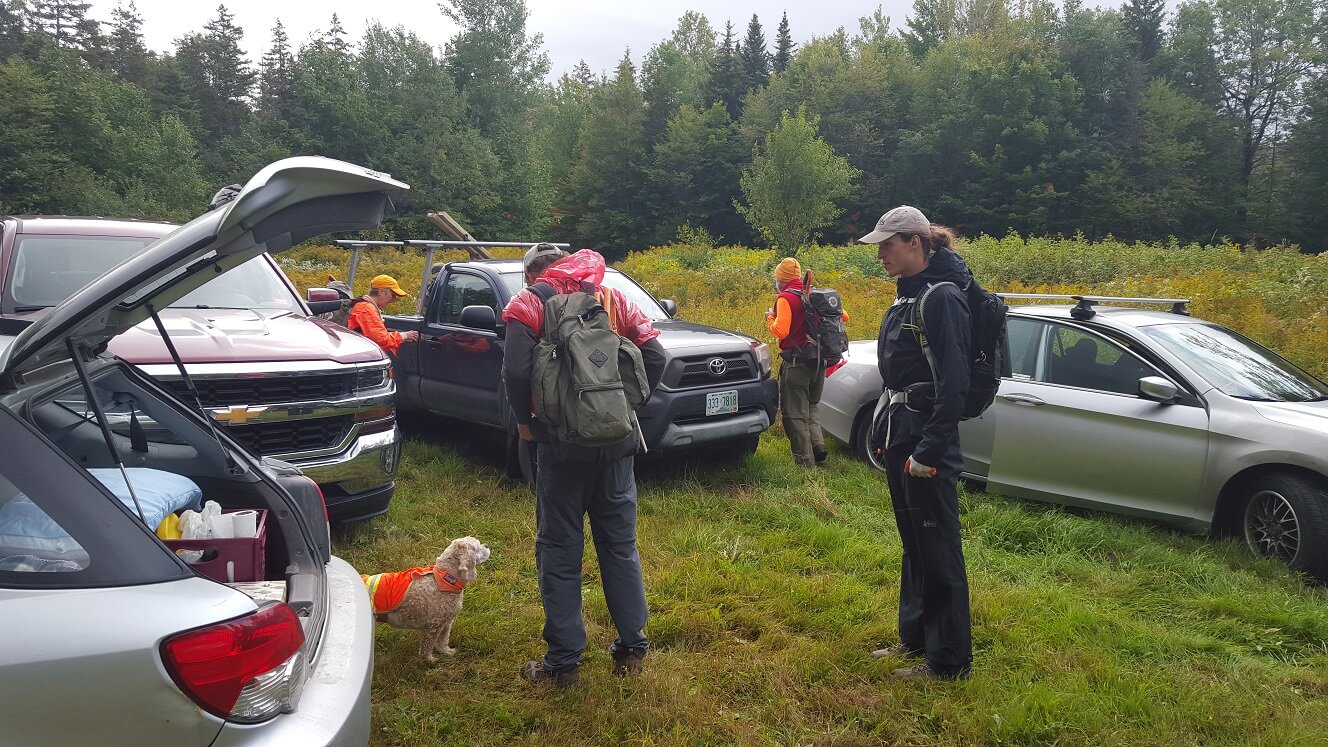 A chilly morning rendezvous in the middle of the wilderness… let’s get this party started, says Bonnie. 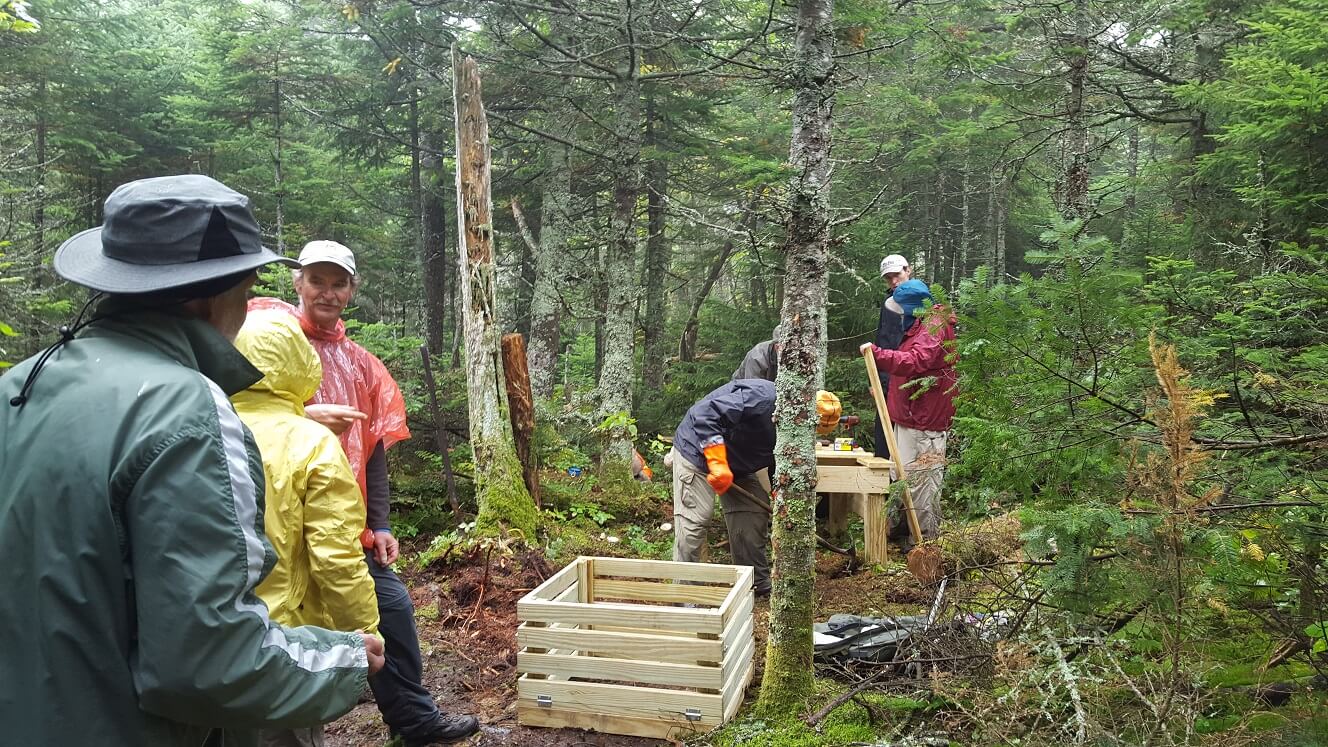 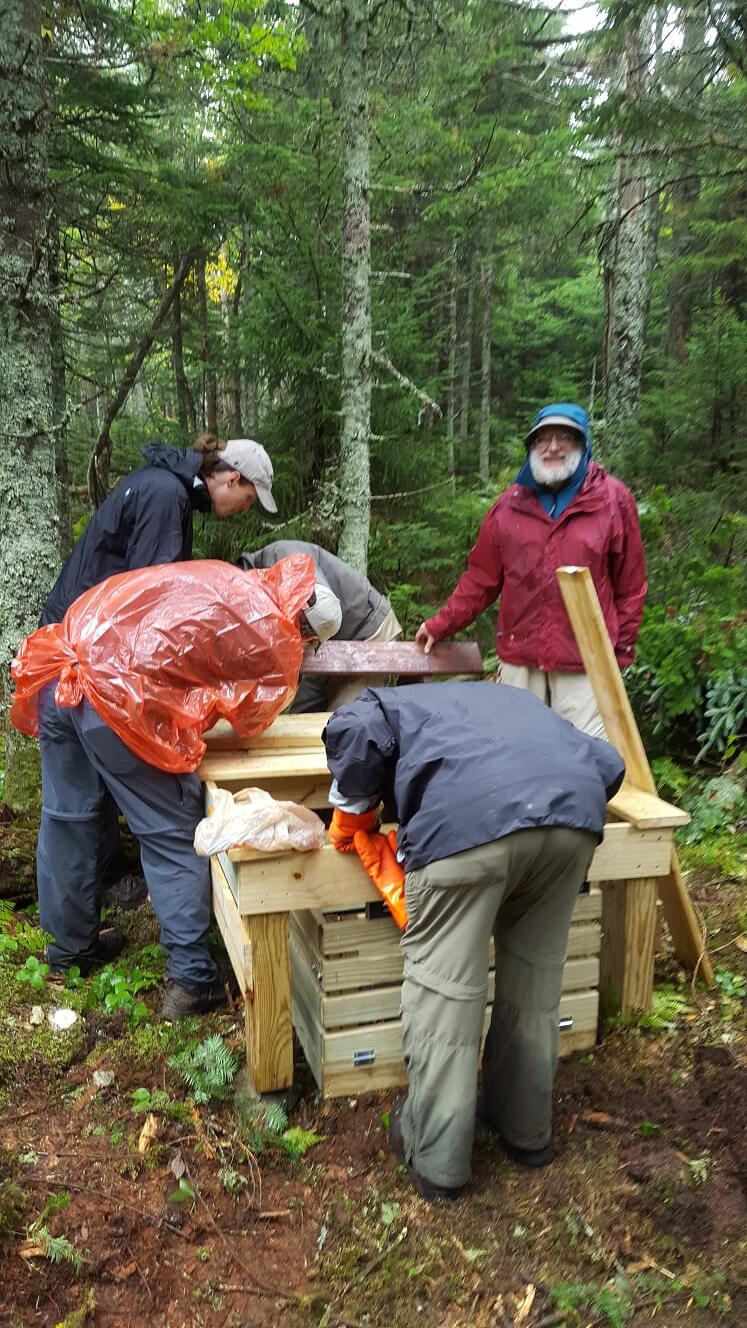 Constructing the new crib and supports 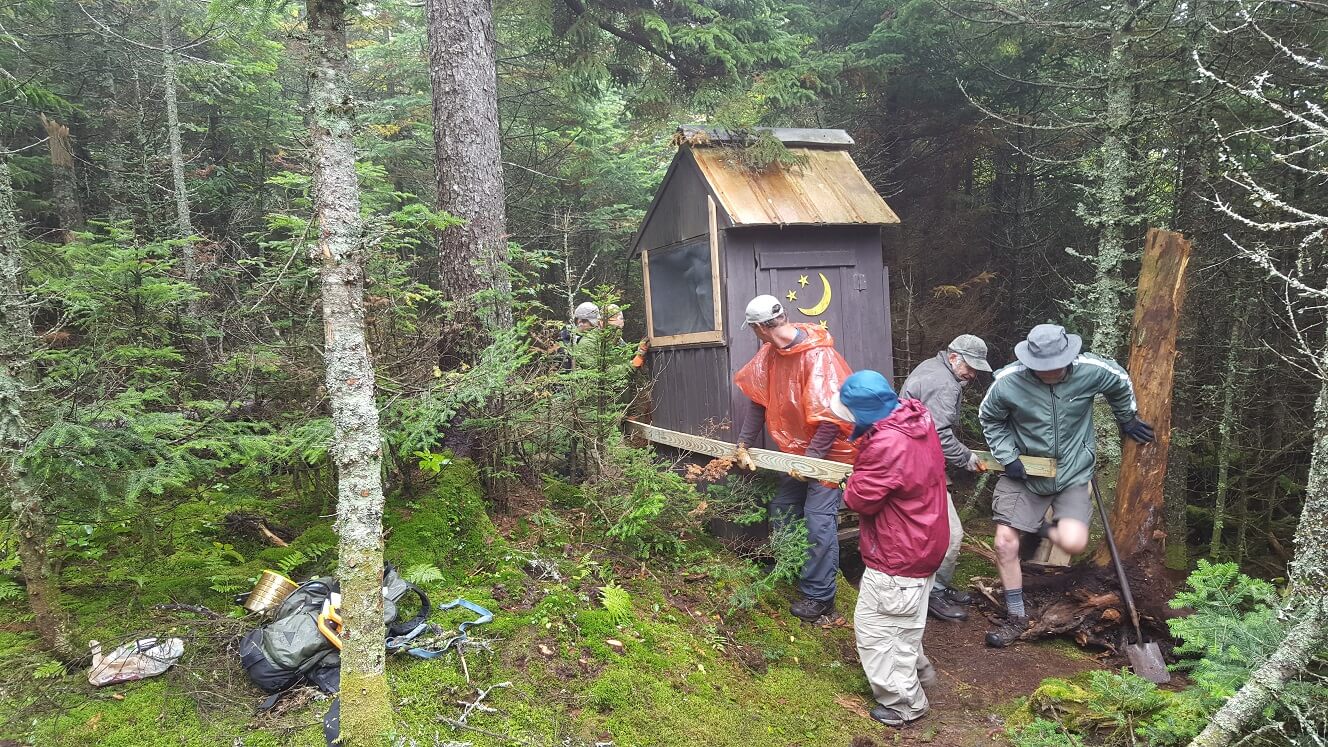 A hair-brained scheme to lift the existing latrine and move it to a better spot? It just might work! 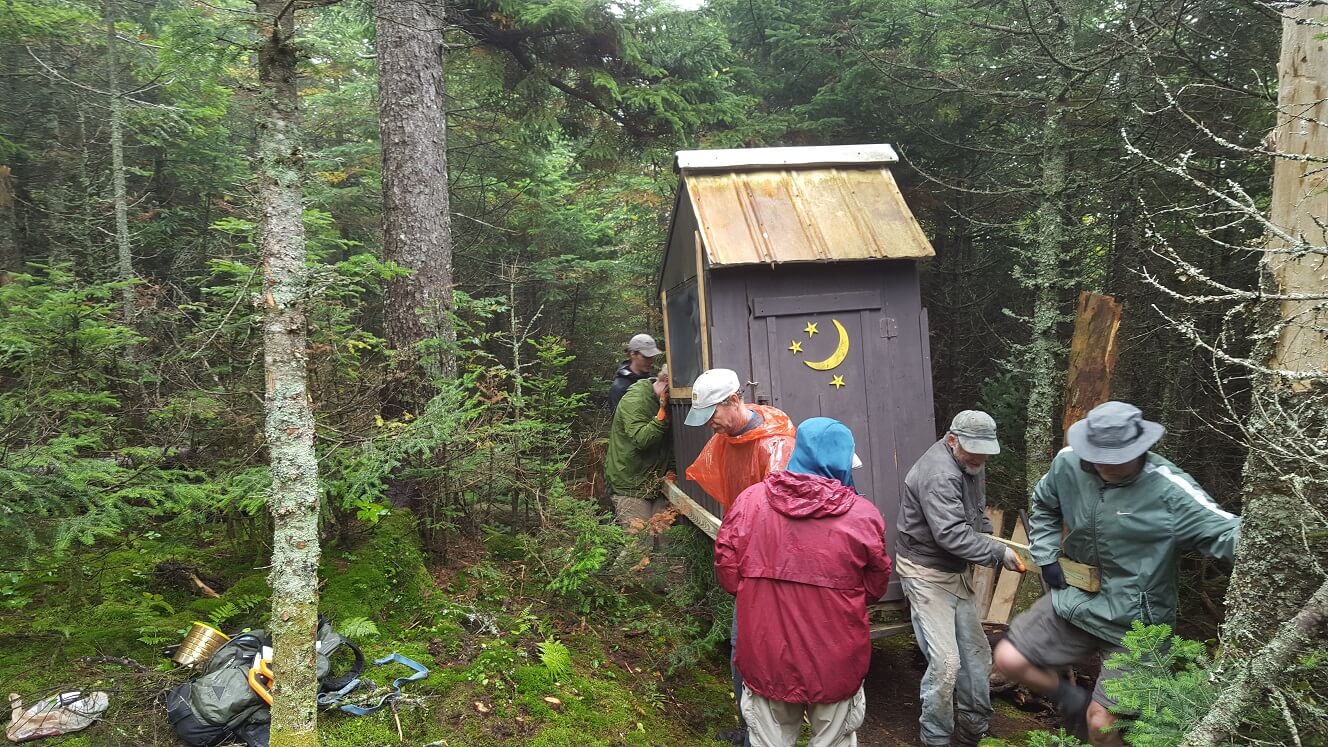 Starting to transport the latrine to its new location 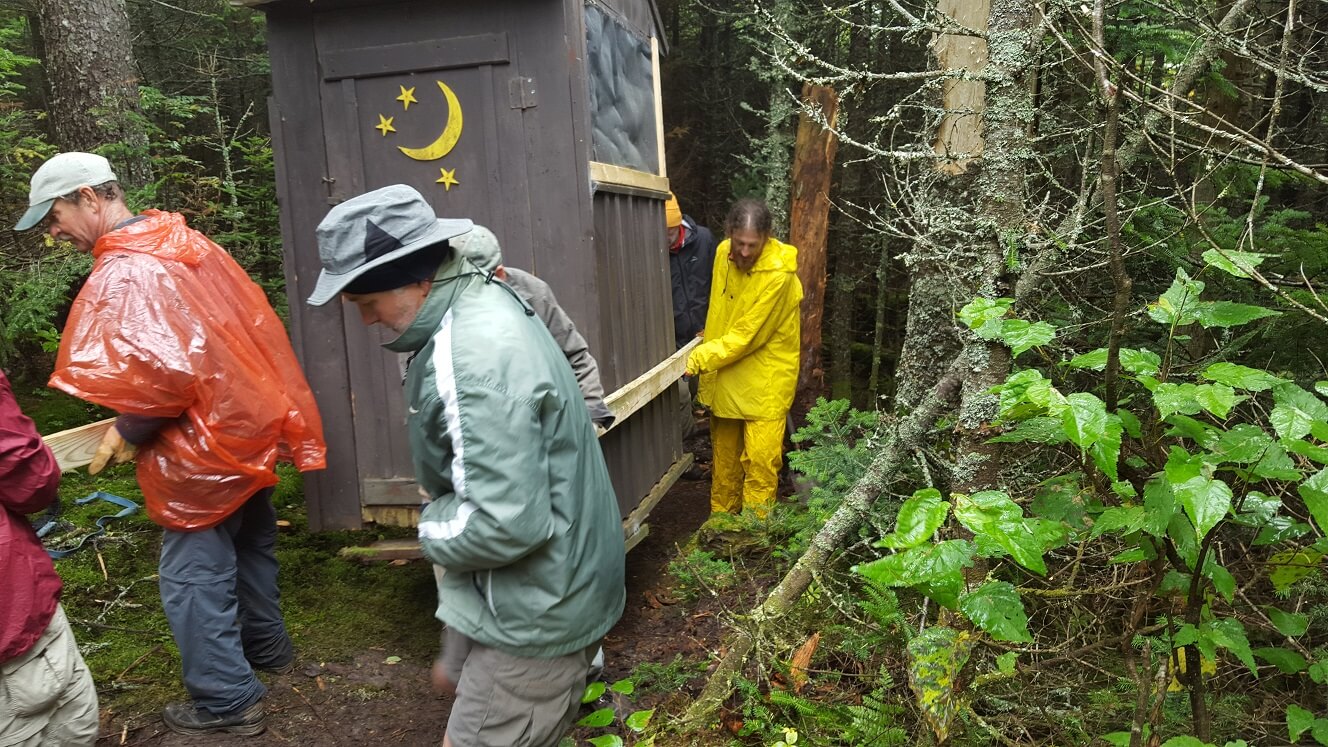 Isn’t this the same transportation the old Egyptian kings got? 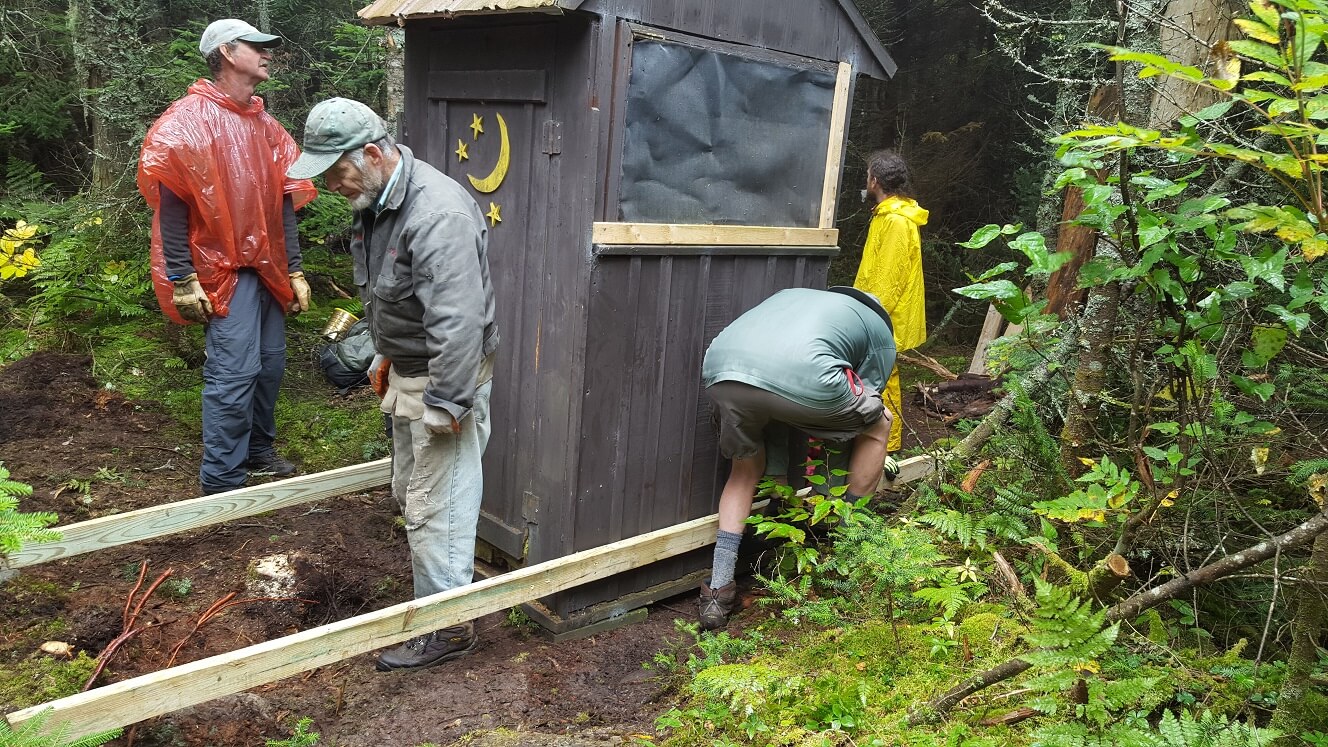 Transferring the structure onto its new crib and supporting platform 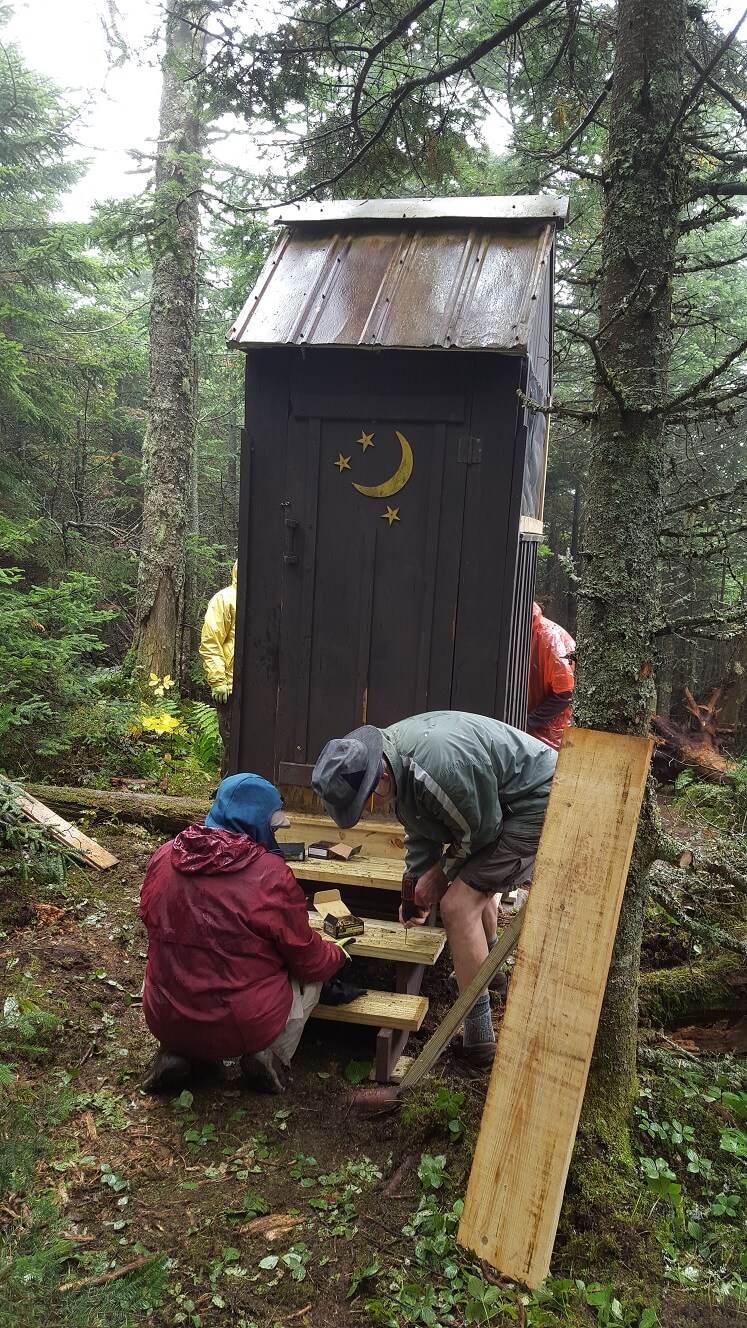 Putting finishing touches on the stairs 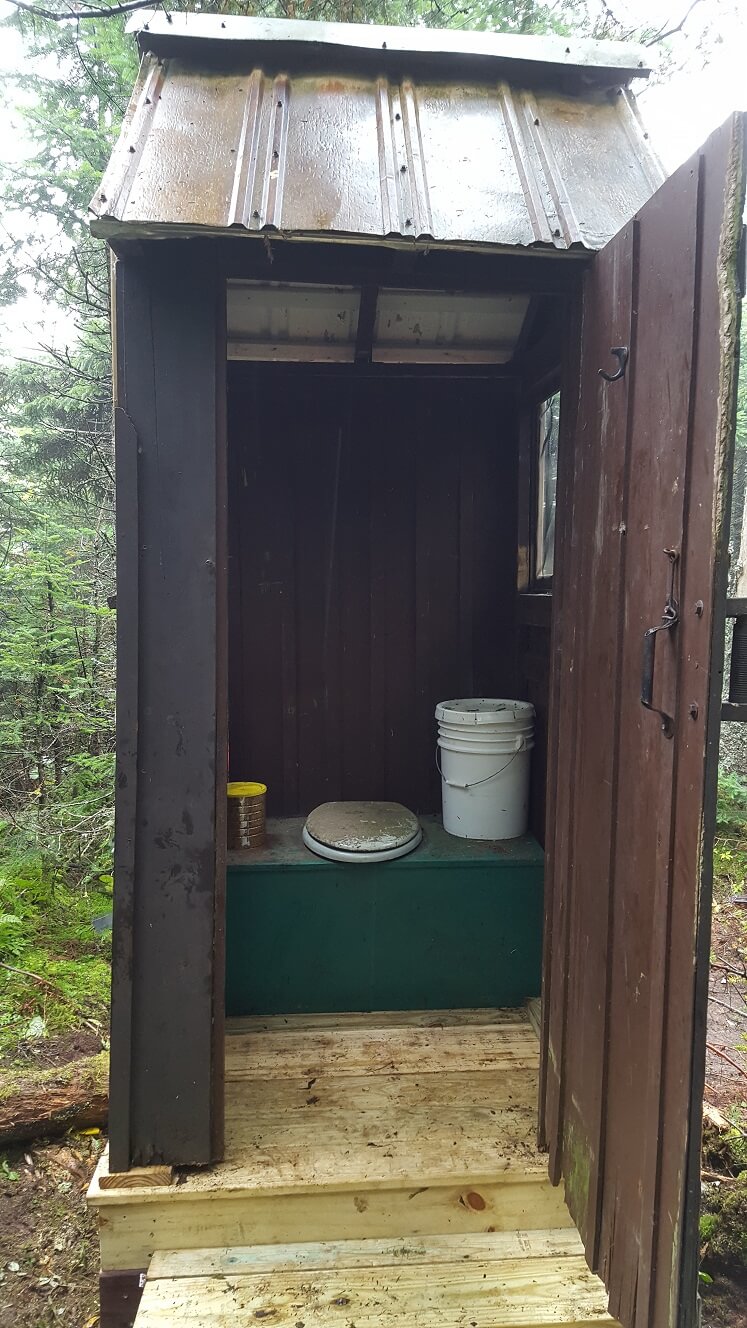 The inside of the latrine 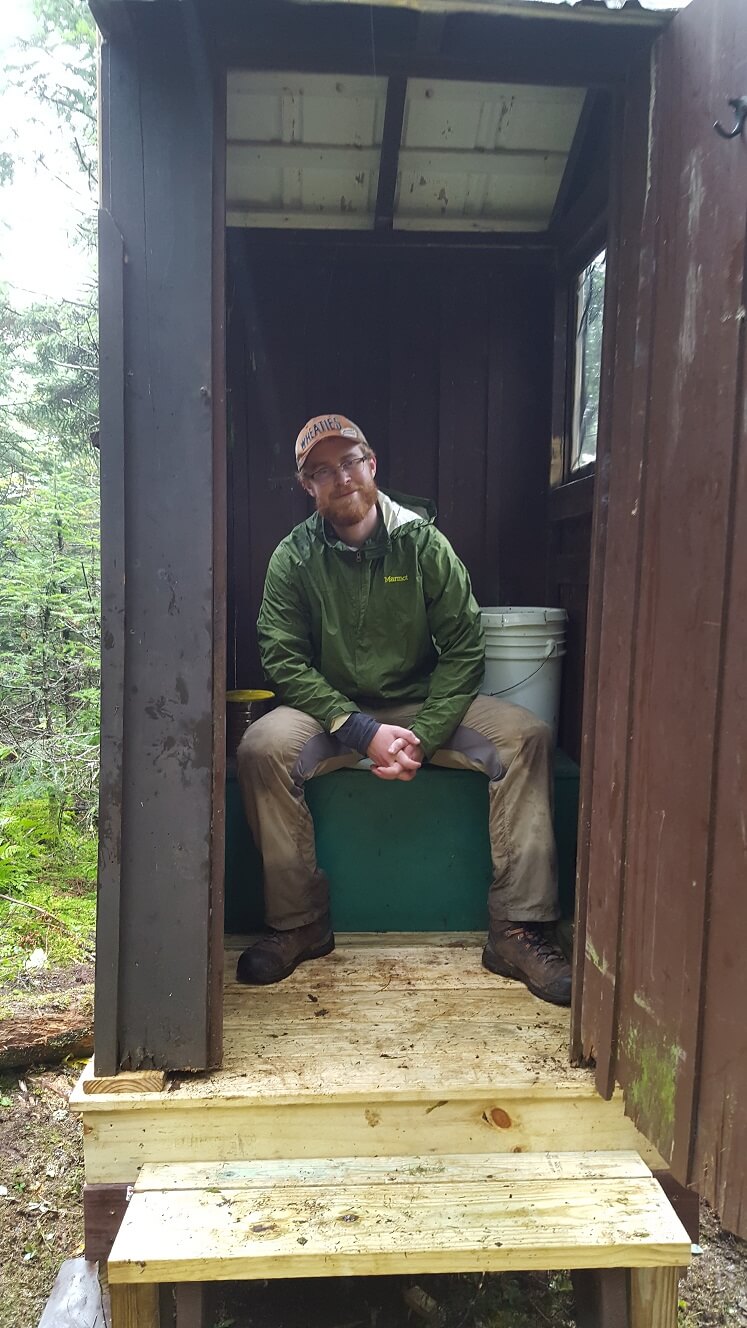 Giving it a “test run”