Avoid that Moose Trail! The Making of the Cohos Trail Map

Home/News/Avoid that Moose Trail! The Making of the Cohos Trail Map
Previous Next

Avoid that Moose Trail! The Making of the Cohos Trail Map

The first edition of the Cohos Trail Map came out on 11″x17″ paper and was printed on a copy machine, just a year after trail cutting started. It was the early years for the trail, and the founder, Kim Nilsen, was working hard to connect trail pieces together. As sections came together, it quickly became apparent that hikers needed assistance following the newly established and often-changing route.

It was pretty rough out there in the early 2000’s and, jokingly, Kim wonders if there might be a lost hiker or two still wandering around looking for the route to Canada. The Cohos Trail is one of the nation’s youngest long-distance hiking trails, just last year celebrating its first 20 years. The trail, officially finished a few years ago, is made up of forested footpaths, town roads, snow machine and ATV corridors, and lots of newly built hiking trails. The trail starts in Hart’s Location in Coös County and ends at the Canadian border. The trail map is ever changing, as property ownership changes, logging operations shift the landscape, or re-routes around wet areas are required. Map updates are made as expediently as possible. In addition, our long-term goal is to relocate any shared trails with ATV’s and town roads. So, cherish the Cohos Trail map you have, especially when you are on the trail, but keep an eye out for new editions and trail updates too!

The first official Cohos Trail map was developed in 2000 and the last edition of that map was issued in 2007. It included nine sections on three pieces of paper. It had photos of scenic areas, hiker information and some Cohos Trail Association (TCTA) history too. It was a colorful and entertaining map. Whimsical side notes warned hikers of berry cane thorns and deceptive moose corridors that could easily lead walkers off-trail. After the 2007 printing, new trail development drastically altered the section of trail in Pittsburg, section 8 on the map. New trails were added to get hikers off Route 3 (Finally!). To inform hikers of the changes, a rough one-sheet trail update was sent out with every map order. 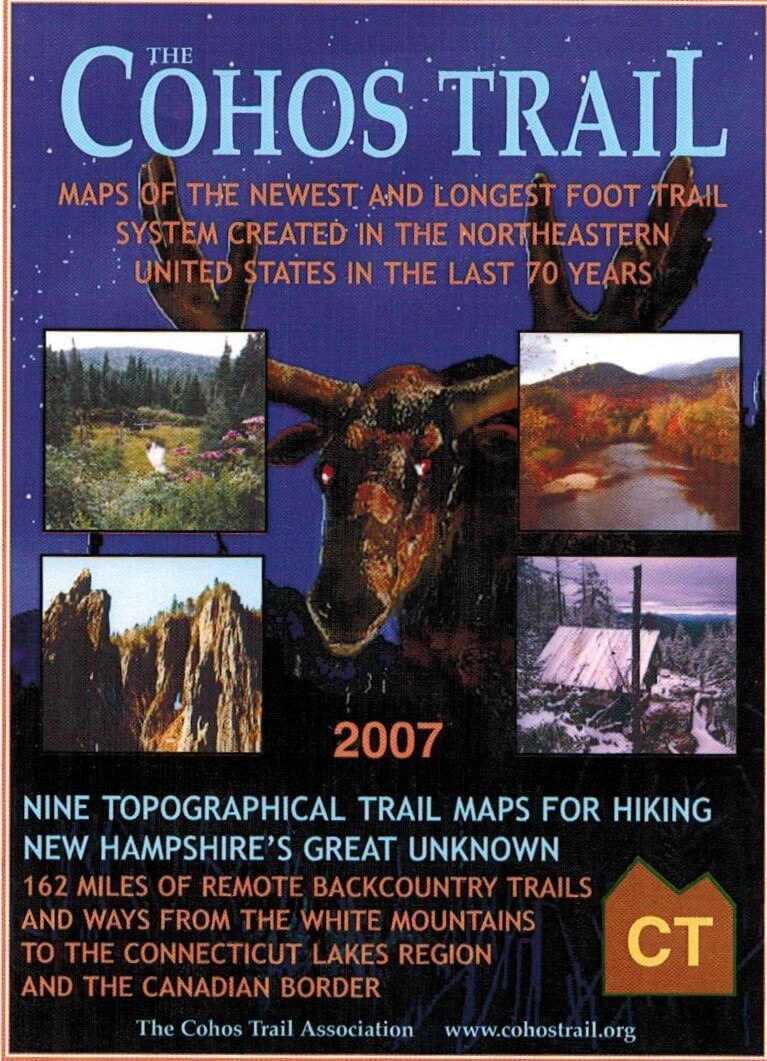 Images from the 2007 map edition 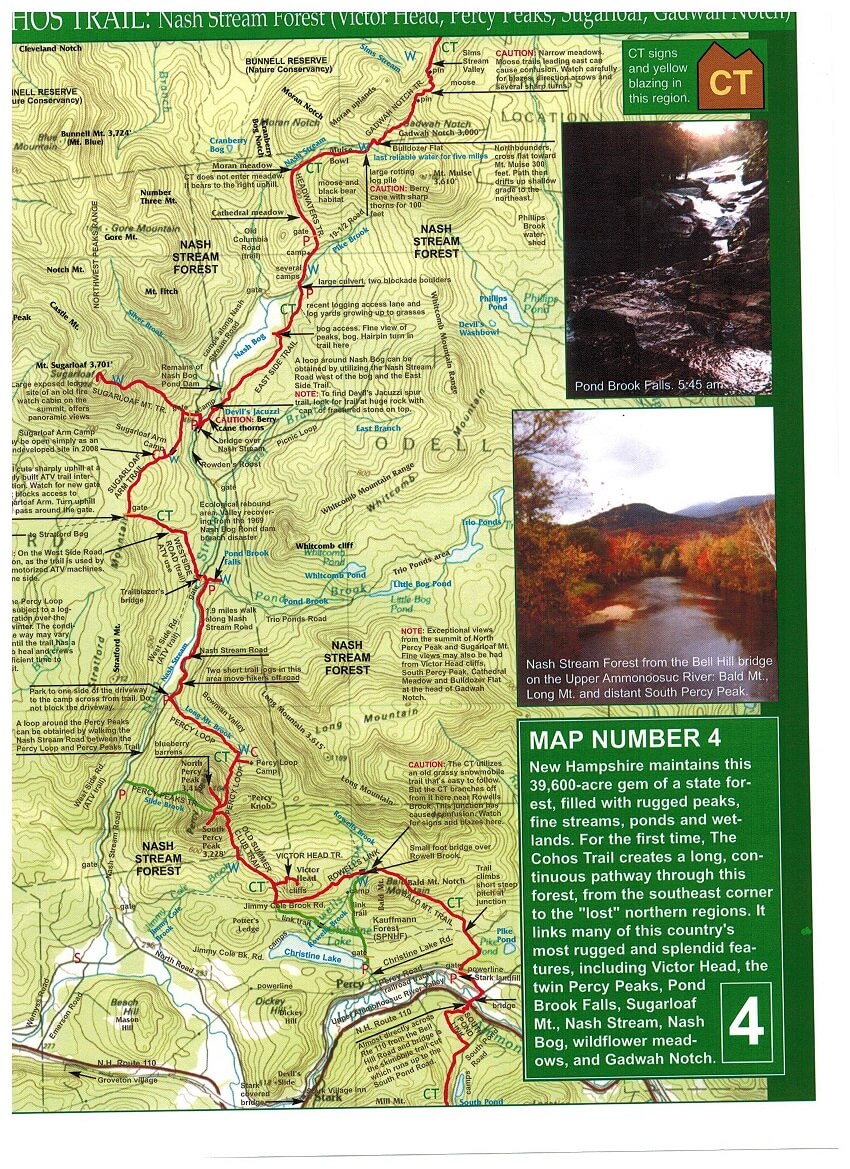 In 2013, TCTA grant writer Kim Votta, successfully secured us funding from the Coös Economic Development Corporation in Lancaster, NH to support the design and printing of a new map. Cartographer Larry Garland was hired to make the map with lots of assistance from Ken Vallery and Sam Farrington, both TCTA board officers as well as intrepid hikers and trail builders! Large sections of the trail were mapped using GPS technology. Updated trail data was obtained for the 170 miles of trail, which now fit onto a four-panel, two-sided single sheet printed on waterproof paper. Woohoo! R.C. Brayshaw in Warner New Hampshire printed the easy to follow, colorful, well-designed map. The new map, printed in 2014, has already been updated two times and had several printings. It’s quite popular! And, the Cohos Trail is still ever changing, so as map inventory declines and the trail shifts, we’ll keep updating.

In fact, a 2020 edition is in the works! TCTA is again working with Larry Garland on an updated map with some added features, including mileage on all trail sections. The new Pike Brook Trail, an extension of the Eastside Trail in Nash Stream Forest, will also be added. Look for the 2020 edition this spring and support the Cohos trail by purchasing the new map. Map proceeds fund trail maintenance, keep the TCTA operational, and keep hikers on the trail!