At this moment, Deer Mountain Campground in northernmost Pittsburg is closed due to storm damage that affects a number of campsites within the campground. There are a considerable number of blowdowns and leaners that have to be removed before the state facility can be opened for business. 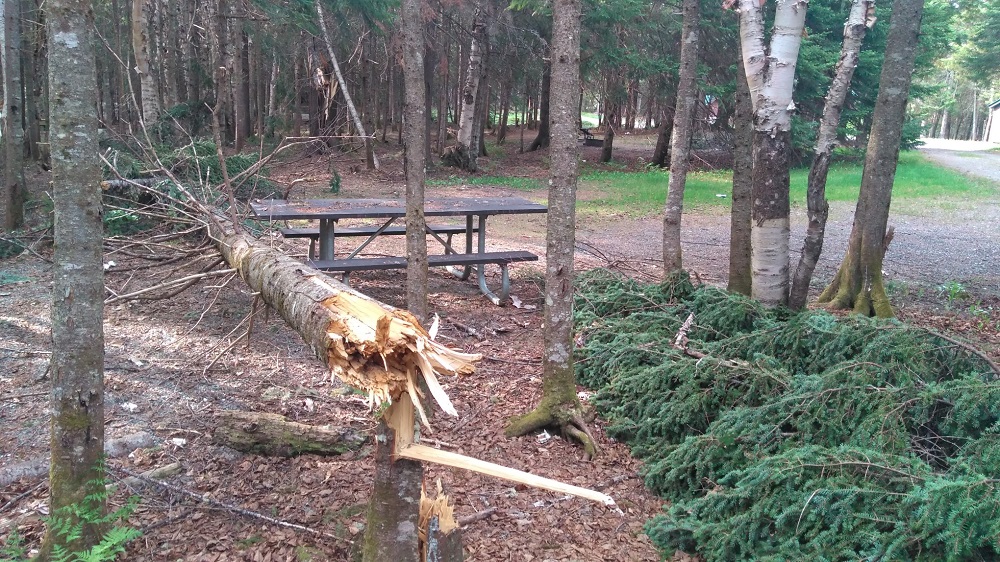 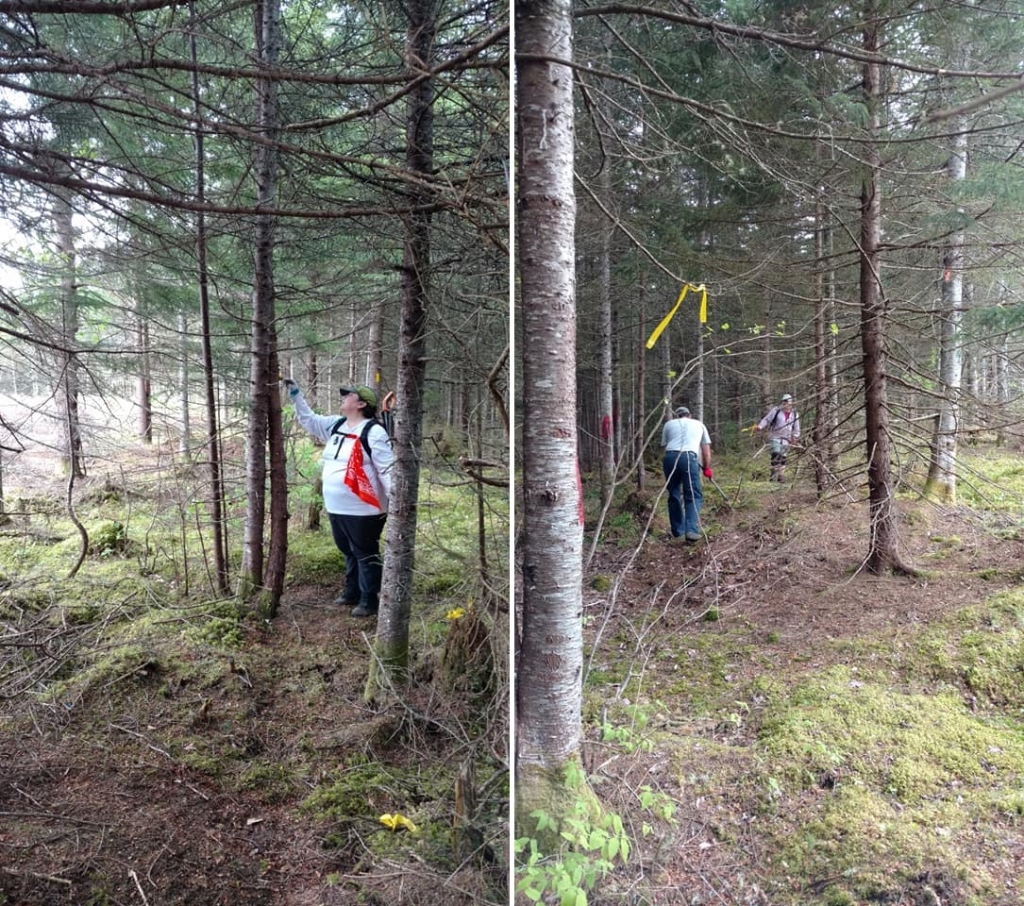 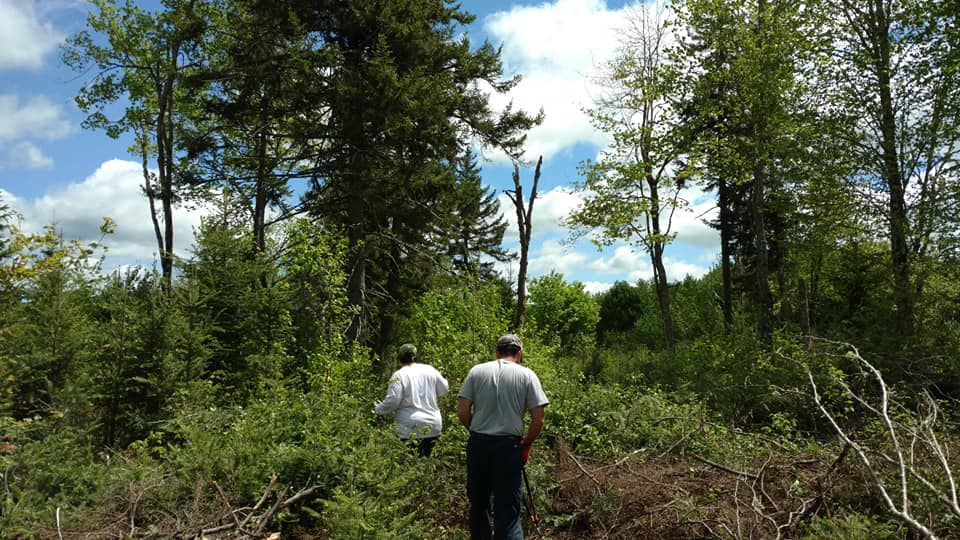 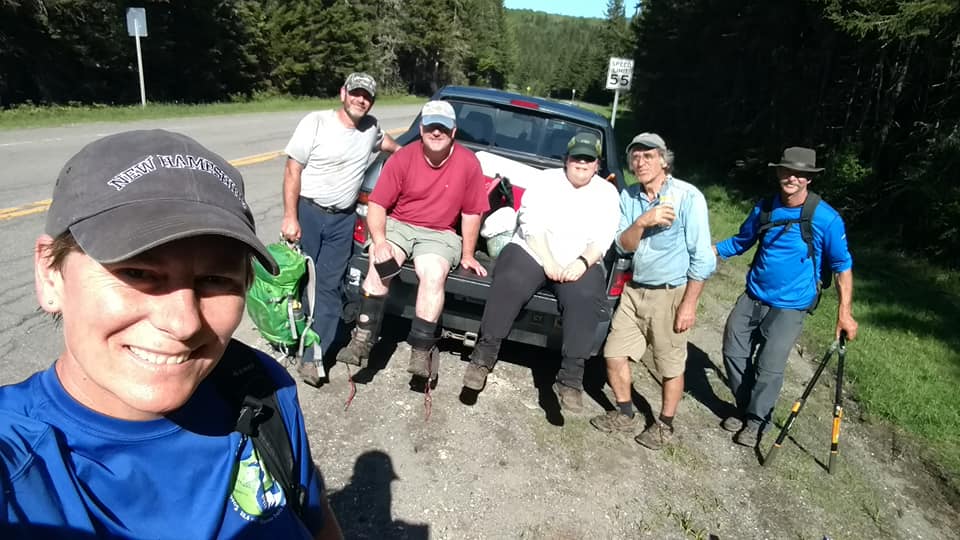 The Idlewilde Spur pathway from Second Connecticut Lake up to the lake’s boat landing access road has been cleared of storm debris all the way through.

The big blowdown that fell between the Tillotson Shelter and its nearby composting latrine has been cleared away. The site is looking good up there in northern Pittsburg.

The Round Pond Brook Trail has been cleared of blowdowns for about a mile from Route 3 north and west. More work to be done farther along.

The Bald Mountain Notch Trail has just been cleaned up for the summer hiking traffic rush.

New views are available in various spots along the Moose Alley Trail because of the logging operation. Most views are to the east to Mt. Magalloway, long Diamond Ridge, and Stub Hill (actually taller than Magalloway). A 100-foot spur trail may be brushed out at the top of Geronimo Hill to reach a clearing that would open a fine vista north to the Corkscrew Hills, Deer Mountain, Mt. Salmon, and Rump Mountain in Maine.

The Percy Loop has been cleared of blowdowns. Our volunteer says he took out more than 20 trees with his Fiskar hand saw.

The NorthWoods Stewardship Center trail crew is moving south on the Cohos Trail now, working from Coleman State Park through the Tumbledick Mt. Trail to the Sugar Hill Trail, then up the Sanguinary Summit Trail to the Panorama Lean-to. They will spend the night there and then continue south along the long Sanguinary Ridge and clean the SST of blowdowns and debris. After that, it’s up to Pittsburg for brushout work on the Round Pond Brook Trail and the Mt. Covill Trail. The Cohos Trail should be in good shape by the time the hiking season begins in earnest, from Route 110 north to the Canadian border, and through Pondicherry Wildlife Refuge in Jefferson.